A conflict between religion and science would have been thought illogical to most people at any time up to the end of 18th century. Francis Bacon, credited with developing the scientific method, was a devout Anglican, as was Robert Boyle, the founder of modern chemistry. Issac Newton who formulated the laws of motion and universal gravitation, dedicated more than half of his studies to matters of religion and philosophy.

Even in more recent times Gregor Mendel (1822-1884), an Augustinian Friar, is called the founder of Genetics and in the twentieth century Georges Lemaître (1894-1966), the initial proponent of the Big Bang theory, was a Catholic priest.

And yet by the end of the 20th century the prevailing opinion in popular thought was that faith in God was something incompatible with science.

On this course Professor Jaume Navarro will tell the story of how this extraordinary misconception came to be popularly held in such a short space of time. 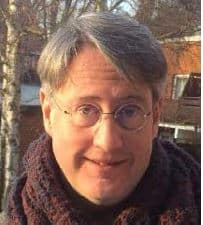 Apply via online form below or filling in the brochure and returning as indicated.

Who is it for?

This weekend seminar is an opportunity for men to spend time away from their ordinary occupations, set aside for a more intense Christian formation than is possible during the rest of the year. It complements the annual retreat in helping them to consolidate their spiritual life and apostolic efforts.

It is invaluable in the context of the on-going formation needed by a Christian living in the midst of the world.

The timetable includes presentations, talks on the spiritual life, opportunities for getting together with others, as well as time for walks, sports and relaxation. The atmosphere is friendly and informal.

When is it on?

The weekend starts on Friday evening, with a buffet dinner at 7pm and ends at 5.30pm on Sunday.

What does it cost?

The fee for the weekend seminar is £150 Workshop: Deeper into the divine adventure