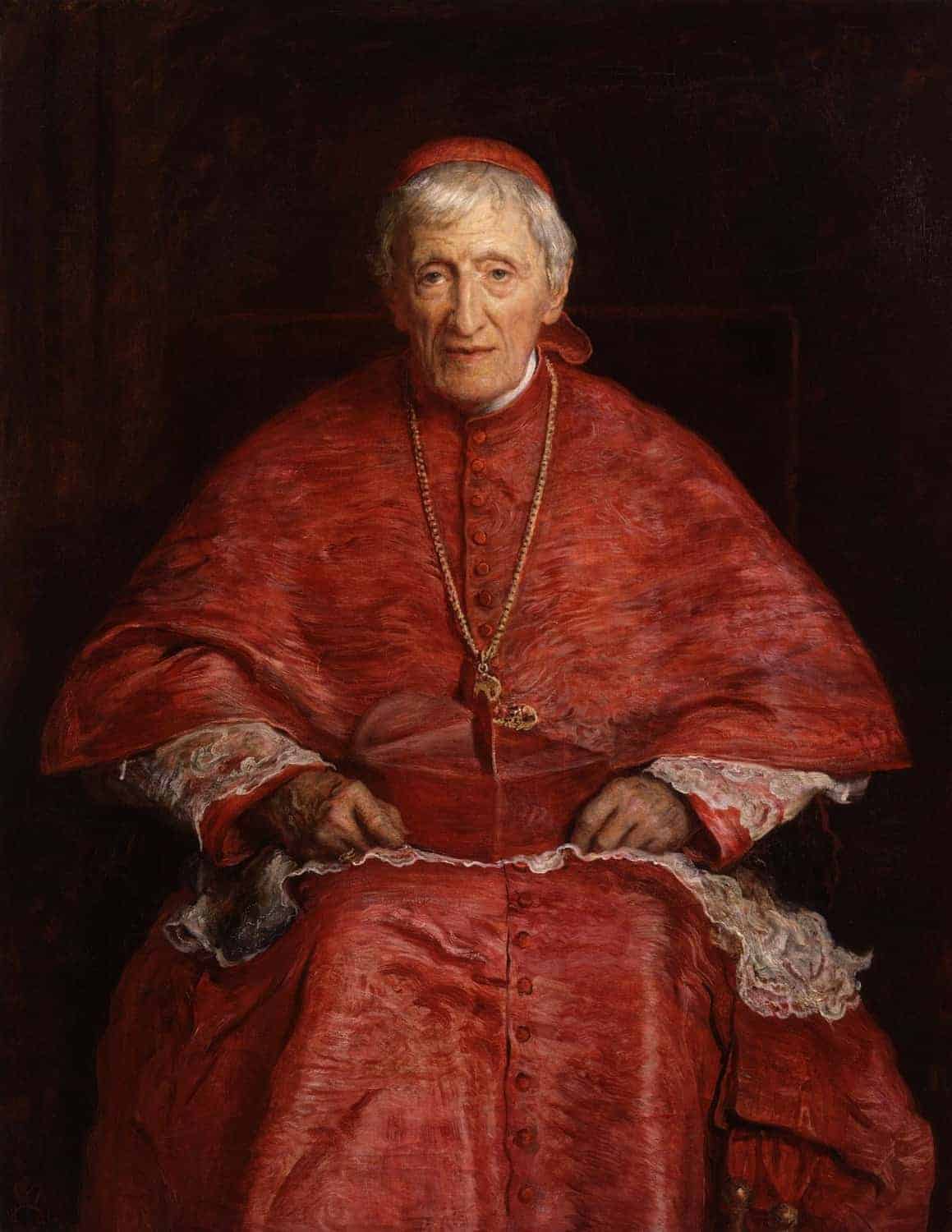 Following the canonisation of St John Henry Newman our speakers explored what modern teaching can learn from the ideas of this theologian and educator. Dr Paul Shrimpton opened the conference with a fine explanation of Newman’s vision of education. Drawing on his discourses and lectures that comprise The idea of a university (1873) Dr Shrimpton described Newman’s vision of education and explained how it is applicable today. Despite the title of his discourses, Newman’s vision was not limited to the university. He did in fact teach pupils of all ages and was convinced that the school’s mission was best viewed as a joint undertaking with parents, that preparation for the world required appropriate training and that trust between teachers and pupils was paramount.

Somewhat surprisingly Mr Roy Peachey based his talk on an essay by Dorothy L Sayers. He explained that this was partly because Dr Shrimpton had spoken so effectively on Newman’s vision of education but partly because drawing on Newman’s ideas, he was going to talk about the development of an educational tradition of which Newman, Dorothy L Sayers and he, himself, were all a part. He strongly recommended reading “The Lost Tools of Learning” by Dorothy L Sayers in which she analysed the great defect of education in her day. Both Newman and Sayers believed in liberal education and Sayers explained that one of the educational tasks of the day was to learn to handle the tools of learning. Once this had been achieved everything else would fall into place.

Mrs Loraine Lynch-Kelly explained the importance of developing a knowledge-rich curriculum. She pointed out how many current classes are falling short of truly educating pupils and how the classics were a great source of literary education. She emphasised the importance of teaching the same challenging curriculum to all pupils but varying the pace and level of repetition depending on their individual needs. Like Newman, she agreed that a school’s mission was best viewed as a joint undertaking with parents, but that some parents were not equipped for this task. She acknowledged that the school needed to help those parents to fulfil their part in educating their children.

For this conference Thornycroft partnered with Citywise, a Manchester-based charity, whose work in schools and in the Citywise Centre seeks to help children grow through tailored character mentoring.

We are grateful to Citywise for providing all the photos of the event for our gallery. 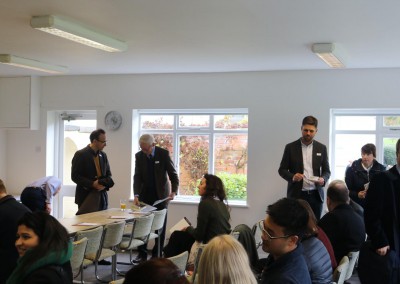 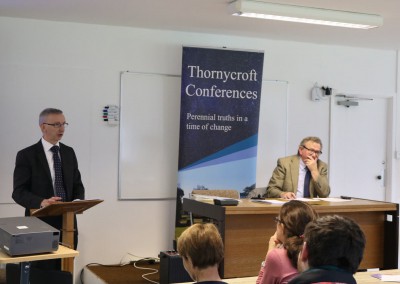 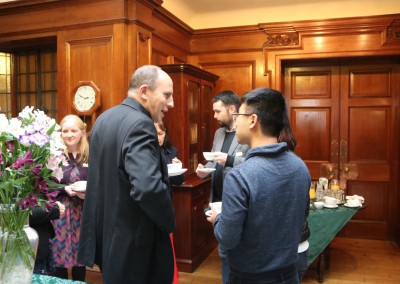 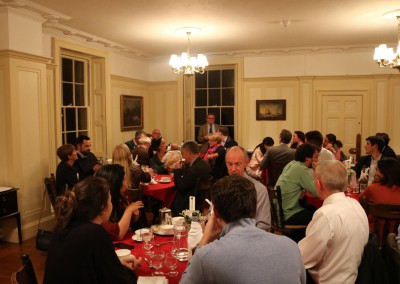 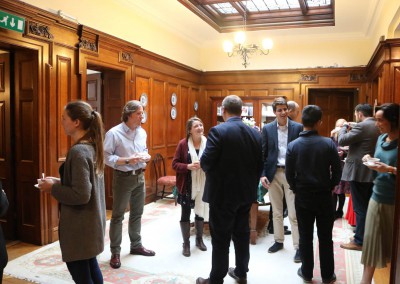 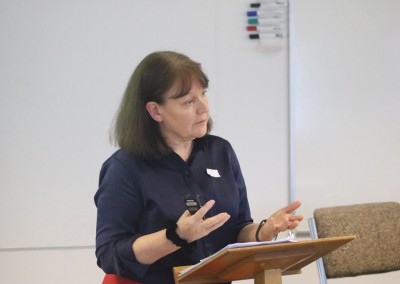 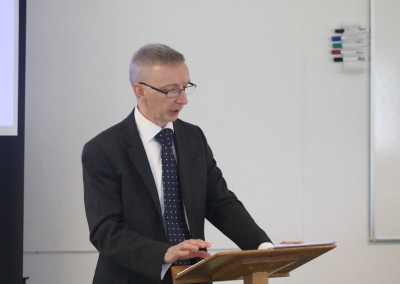 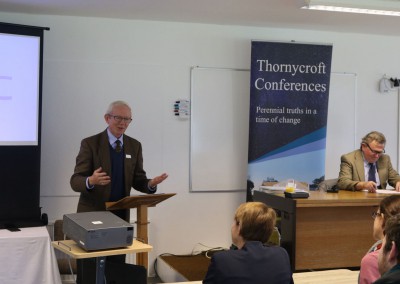 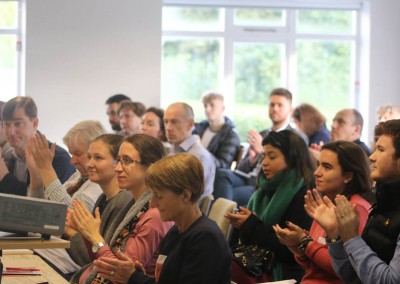 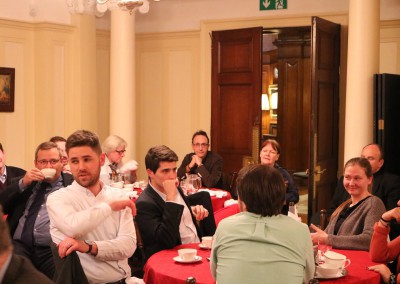 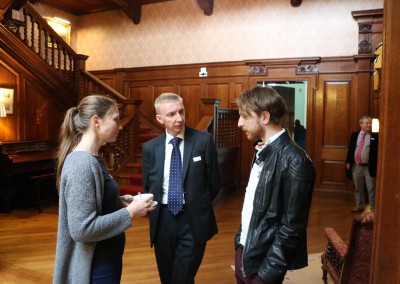 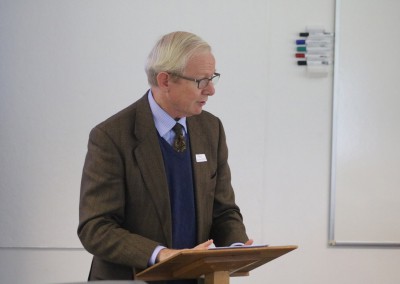 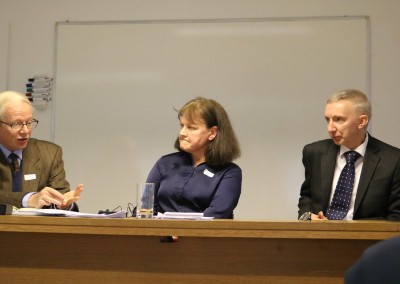 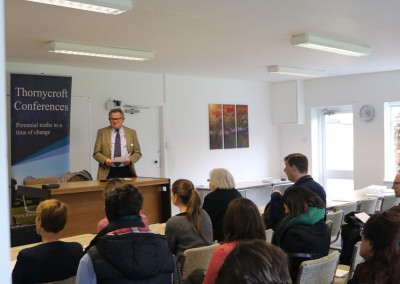 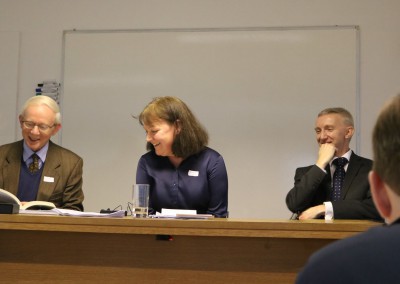 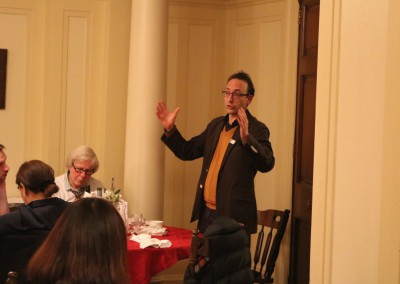 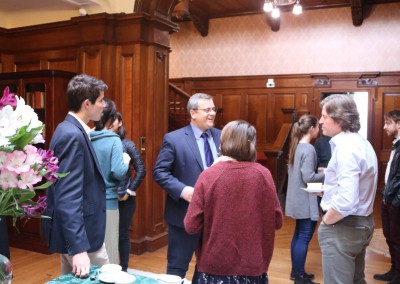 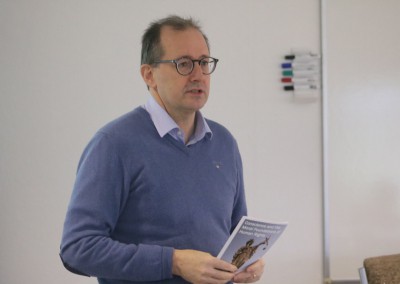 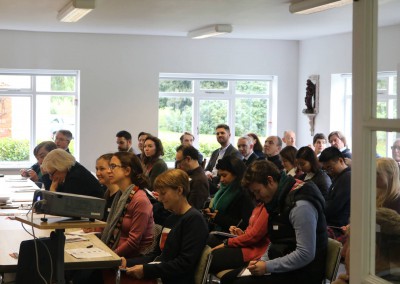 Following the panel’s talks, many questions were forthcoming, including what was the panel’s view that parents were the primary educators. Dr Shrimpton answered that Newman had answered this question in his 1826-1827 sermons when he emphasised that parents were not to think that their children were no longer their responsibility now they were at school. In his 1827 sermons Newman pointed out that everyone was responsible for the education of children. Mrs Lynch-Kelly noted that children’s lives were so complex today and teachers needed to help parents to fulfil this role as primary educators as not all were equipped to do so. Mr Peachey referred to the first chapter in his book Out of the Classroom and into the World: How to Transform Catholic Education which covers this very topic.

Other questions included whether or not to divide pupils into groups based on ability, how to deal with reluctant pupils and why are we failing to nurture genuine faith in pupils? Mr Peachey explained that there has been a reduction of teaching with a Catholic ethos and if we were to revisit our Catholic tradition and rework it for the 21st century, we would see a revival in the faith.

A very general question of why are we here and what is it all about was given a very specific answer by Mr Peachey when he explained that this very question was answered in Pope Benedict XVI’s address to pupils in the Sports Arena of St Mary’s University College when he visited England in 2010.

There were many more questions asked and answered and discussions continued during the dinner. From all the discussion generated it was clear that St John Henry Newman has a lot to offer the modern educator today. 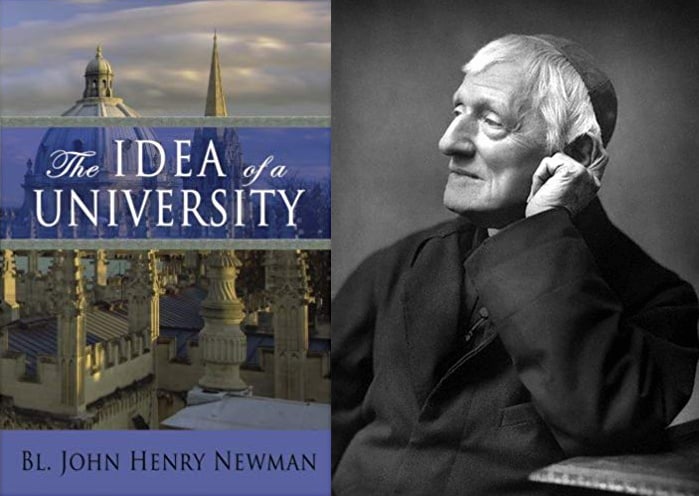 Education, in the large sense: Newman’s vision of education

Dr Paul Shrimpton presented this lecture at the Visions of education conference. He is an expert in the educational ideas and practice of St John Henry Newman. He was an integral part of the canonisation of St John Henry Newman, speaking at the Irish College in Rome and producing the exhibition on the saint, which he then guided Prince Charles around. 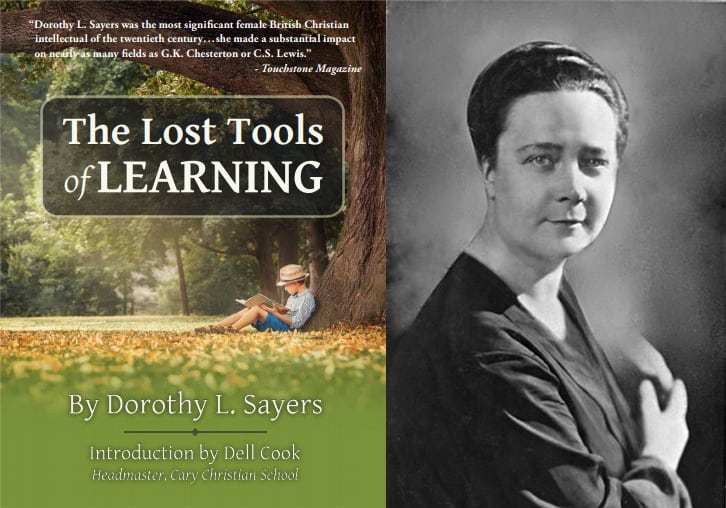 The lost tools of learning

Mr Roy Peachey presented this lecture at the Visions of education conference in which he argued that we should be following the educational model outlined by Dorothy L Sayers in her essay, “The Lost Tools of Learning”. Like Newman, Sayers was a proponent of a Liberal Education. 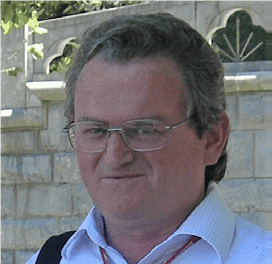 Dr Noel Russell studied at National University of Ireland (UCD and UCG) before undertaking research work at Cornell University leading to a PhD. He has been at Manchester since 1979, apart from short visits to university and government organisations in the UK, USA, Italy and Australia. 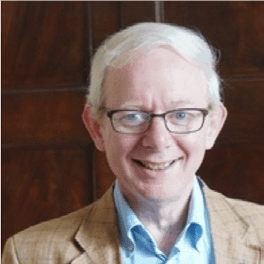 Dr Paul Shrimpton has taught at Magdalen College School, Oxford for over thirty years. As a historian of education, he has been researching the educational ideas and practice of John Henry Newman for three decades. His published works include: ‘A Catholic Eton? Newman’s Oratory School’ (2005) and ‘The “Making of Men”: The Idea and Reality of Newman’s University in Oxford and Dublin’ (2014). Paul runs a website, www.ideaofauniversity.website, based on the ‘Making of Men’. He is currently working on a critical edition of Newman’s university papers, which were printed posthumously as ‘My Campaign in Ireland’ (1896). 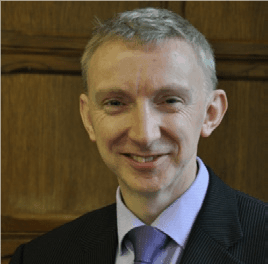 Teacher at The Cedars School in Croydon

Roy Peachey is the author of ‘Out of the Classroom and into the World: How to Transform Catholic Education’ (2018). He was educated at the universities of Oxford, London and Lancaster and has degrees in History, English and Chinese Studies, as well as a postgraduate diploma in Lake District studies. He is currently teaching at The Cedars School in Croydon. 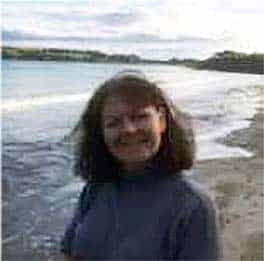 Loraine Lynch-Kelly is an English teacher and Vice Principal for the knowledge years at Saint Martin’s, Stoke Golding. She is co-founder of the Midlands Knowledge Schools Hub, a network to support teachers and schools on the knowledge-rich journey. Loraine is passionate about all students being taught ‘the best that’s been thought and said’, and to know they are loved by us and by God. 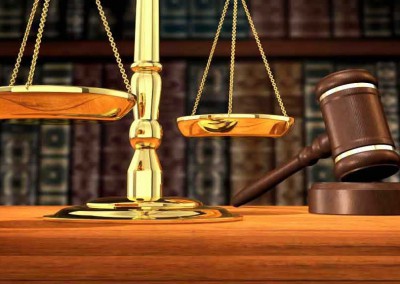 Conference: Conscience and the moral foundations of human rights 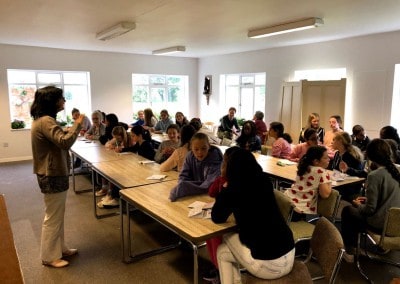 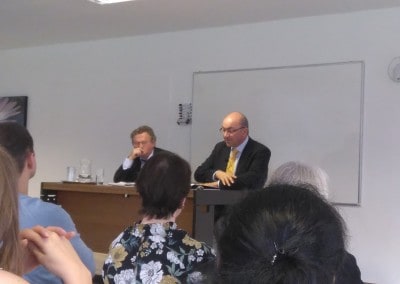 Conference: Perennial truths in a time of change